Why I feel free in Pakistan despite all the terrorism 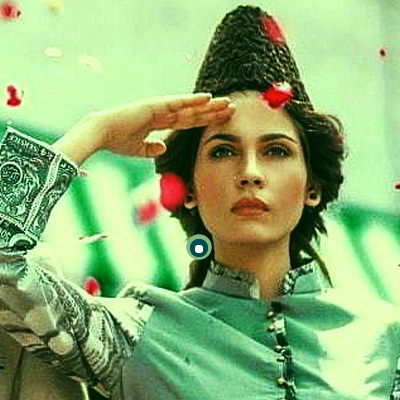 This year, while I stayed up past midnight in the sacred month of Ramadan, I found myself making maghfira duas for my grandparents and great grandparents whom I have never had the privilege to meet in person. This very thought; of not being able to imagine their faces or last resting places for that matter; while I was making dua, caused a little pang of pain in my heart. I completed the dua, nonetheless, knowing Allah knows everything beyond my knowledge. Yet I couldn't help but extend that thread of thought that as fate would have it, I never saw my paternal grandparents and maternal grandfather and in continuation, my kids never met both their grandfathers either.

My parents were orphans - strugglers who made their life for themselves. They became incredible beings from everything that was put to halt during the migration to Pakistan.

It is a painful experience when you come to think you have no family line to relate to in history - it is hard to live with the reality that one’s ancestors in the near past were wiped out and all that we have to clutch on to, are the stories our parents told us about their childhood. I cannot say whether my father's description of his Indian life was so graphic that it made lasting impressions on my imagination and memory or maybe it was the wistfulness in his words which made me cling to his share of memories so much so that I made them a part of my own existence.

My father could explain the sweet smell of his farms, the white colour of his father’s turban, how he played with his mother’s scarf and yet it seems like a story! You must be thinking the reason - well everyone has to meet death. But when I talk about myself and many others like me - we don’t even have a home or a belonging to which we say is our grand parents. We only have imaginations that have been built in our minds with the stories from our parents. We see our parents as kids in our imaginations - there is nothing physical they had to share with us that belonged to them from childhood.

My father was one of those who survived the train incident of migration from India. He saw his parents being murdered, he saw his sisters meet their end while he was 4 years of age. He was very particular about relating that journey to us with carefully measured words - his whole family sitting in that compartment of the train was put to death in front of him. And his father, threw him on the floor, between the berths and lied on top of him and told him to hold his breath until everyone had gone away. Father used to tell us he could still feel the killers touch him and feel his nostrils to see if he was still alive so they could carry out the task they had set out for. But Alhamdulillah the blood from his father and a distraction saved him. The train reached Sahiwal where they unloaded the dead bodies and found my father alive. He was put in the Sahiwal Camp among orphan kids to adopt. He never knew where his extended family members were or how his parents and sisters were buried.

My mother was 1 year old when my grandmother carried her all the way on foot to the Pakistan border. She was at home with my grandmother and her mother-in-law. All her sons were in the farms. It was an Eid day - eid ul fitr. My nani was setting up seviyaan for the men to come home. Suddenly, an attack was struck and everyone just started running leaving behind everything in the houses in Amritsar. They covered the whole way on foot. Hiding for days and travelling at nights, I can only imagine what those two mothers and every other woman went through. Especially when my mother was to be carried on the shoulder, and elder aunt who barely walked and a younger one who was still an infant. They came at Lahore border in Pakistan and united with sons out of which three died and only two survived to live in Pakistan. My grandfather and three sons died of some infection he got during the migration because all the wells were poisoned or spoiled for drinking. The man who was the Chaudhry of a village and belonged to a rich family, had nothing in hand and his family after his death was left to survive on their own.

My grandmother sold flower garlands to bring up the rest of her kids. My mother never got education beyond 8th grade because she had to help her mother. She married all her siblings with what she earned. My father adopted by the extended family, was beaten daily to do chores and yet he used to sit under street lights to learn. Eventually, Allah was with them. My mother grew up a business for not only herself but all the women of all the neighborhood - sewing school! My father got into the care of teacher who helped him with religious and worldly education - made him what he was in our lives till this day, even though our father is no more; his story lives!

I am not complaining, I am showing the people who say, “What did we gain from all this pain?” “ What was the use of making Pakistan?” Or “ Quaid e Azam had his own mission in making Pakistan.” We are proud children of our families. We might not own a family history. There is no ancestor house or grave, to connect us to our grandparents and family. But we are proud of them and we truly understand the gain from this pain. No matter what the suffering was, Allah has given us the freedom to live as an identity with the name of Islamic Republic of Pakistan! We have a land to CONNECT. Quaid e Azam was the leader Allah chose and he sacrificed his family for a future everyone including Pakistanis have yet to see, in sha Allah!

Not that I am comparing anything, but Pakistanis don’t come abroad to live freely. And you won’t find enough Pakistanis either as compared to rest of South Asians. We go abroad for a different kind of living while our all families and lands are still in Pakistan. We keep in touch with Pakistan. We keep our homes where we will return to Pakistan one day. How many of us have that luxury of thought? We love our roots! I tell my children the stories of how our family sacrificed for Pakistan. We live freely, when I visit Pakistan - I feel free again despite all the terrorism - we have the Eman that everyday is a new day and Allah is with us. If we live- we live, if we die- we die. We love Quaid e Azam, we love Allama Iqbal whose poetry is for all our generations, we love our National Anthem which is the dignity of every Pakistani.

So when someone tells me in reply to my family history that they are sorry or everything happened in vain, I get offended because my heritage is being insulted. My family’s sacrifices and love for Pakistan is insulted. I might not react in an angry motion because if they haven’t realised Pakistan until now in 70 years, they won’t ever because the force trying to destroy it - knows the potential in Pakistan. I am not the only one with such stories, there are many others. Pakistanis have one thing in common - freedom and pride of sacrifices! And no one can take that from us because Allah has brought us out from worse. Every Pakistani of any religion knows in heart that the greater force of Allah is with them.

Pakistan is a young country. It will soar to heights and grow into what Allah meant it to be when it was made. It wasn’t created to be on the map like dust in future. 14th of August is coming - our hearts beat double. I can still cry listening to Noor Jahan’s national songs. I am the daughter of a nation that is going to grow and live forever as it was imagined and meant to be - in sha Allah!