The Social Pressure of 'What Will People Say' on Women 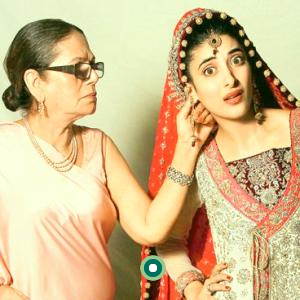 What is a society?

A large group of individuals, who live mutually in a systematic way, agree on how to carry out tasks, share work with each other and determine their duties and responsibilities.

Humans are social animals. They cannot live without one another. They need companionship, friendship, a gathering, and circle. When they sit collectively, exchange dialogues, numerous issues are brought to light.

The minute two beings meet, every matter is emphasised in discussions. Be it personal, social, business, gossips and what not.

With discussions comes the most common dialogue “What will people say?” Or simply “Log kia kahengay?” This dialogue is usually referred to as Society Pressures.

Living in a society, we have to comply with the various norms and standards set by the dominating personalities of community. We have to adhere to the prevailing benchmarks of the society. Failure to do so, the consequences is “Log kia kahengay?”

The “Log kia kahengay?” has a huge impact on the way we live, the way we move, and the way we are or simply in all aspects of our lives. It’s not just a phrase to end up with. This is a theme, an idea, assessment, judgment, state of mind. More or less, it is an ideology of Pakistani society or perhaps in some other parts of the world too.

Have a look at a brief history of “Log kia kahengay?”

Surprisingly, the phrase has developed various meanings on its journey of two to three decades. In the earlier era of its origination, it was used to talk about something extraordinary or exceptional that had never occurred before.

People used to be conservative, traditional and orthodox. For any unusual happening, there was a “Log kia kahengay?” dialogue. For instance, women were shy and introvert. Higher education and jobs for females were thought of a fifth wheel. Although such demands were not forbidden but a trend existed that women are well-suited for household tasks.

As time went by, the phrase has transformed into a society pressure. It has killed many dreams, talents, desires and hopes. A new beginning, a new journey is put to an end even before it has started by “Log kia kahengay?”

The positive essence of the phrase has been converted to a negative one. But unfortunately, this is not the conclusion. The journey of “Log kia kahengay?” continues.

Unluckily, to counter the negativity of the phrase, another philosophy has been created. This counter-philosophy is even more dangerous than the phrase itself. It says: do not care about what people think, do whatever you want, gossiping is their habit, and they cannot see anyone living happily.

This stance has an adverse effect on the young generation. Making this stance a foundation, they do anything that comes up in their mind.

If you can dream it, you can do it - Walt Disney