The Financial Dilemma Of Pakistani Parents 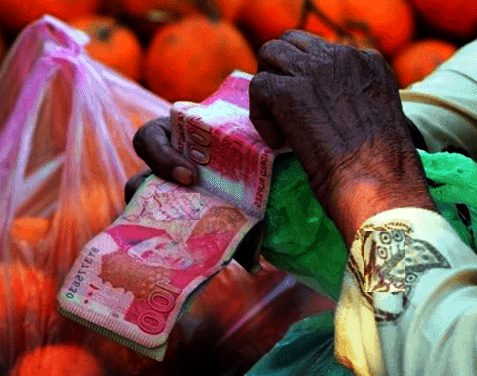 The surge in commodity prices following Imran Khan's ascension to power impacted middle-class households in ways unforeseen. The inflation rate has risen from 4% in 2018 to nearly 11% in 2020 and shows no signs of plummeting. The annual budget for the fiscal year 2021-2022 intends to accelerate growth through policies aimed at encouraging expenditure. However, such a pro-growth policy would also imply a further increase in prices unless supply-side policies are put in place simultaneously. Nevertheless, it would still reinforce changes in shopping patterns, budget woes, and saving ratios that the average Pakistani household had been subjected to last year.

Out of nowhere, the country became too expensive to live in, and it wasn't just the adults who felt those economic changes, it was the teenagers too. Suddenly, the designer clothes I was so used to wearing became too costly to afford; everything from skincare to makeup, from high-end dining to friend gatherings, became too expensive. Countless Pakistani parents were plunged into a financial dilemma their children were not yet ready to accept. Or to adopt. For, accepting such conditions meant bringing about a drastic change in our lifestyles. Changes that could be averted, if only we had the money and the means.

As a college graduate in my late teens, I always wondered how having my own hard-earned money would feel like. Asking my parents for money was an option I was not happy to resort to. I dreamt of having a job to satiate my desires of excessive buying and my love for weekly shopping sprees. But as a middle-class Pakistani woman, thoughts of financial independence are a long-envisioned dream, a dream that would seldom come to fruition due to my inept confidence. But the dilemma for teenage men in our country was the same too. There were educated and healthy enough men, entirely dependent on their parents for their personals expenditures. It perplexed me how we as a society we were keen devotees of child labor but seldom raised our kids as confident individuals who would be free to work when they reach the age of 18.

Desi parents would make all efforts to diminish your self-confidence by highlighting examples of Western kids who pay their bills and finance their expenditures. However, what they forget is that Western parents raise their kids as confident and independent individuals. It's not about what we become but rather how we become what we desire. And the answer lies in the parenting styles we are exposed to as kids.

Indeed, the dichotomy between Western and Eastern parenting methods has been a constant debate. Western authoritarian parenting may not be very strict or disciplining but, it grants autonomy to the kids; independence which is so vital if an individual is to explore his true potential. In contrast, Eastern parenting styles are strict, categorized by non-existent affection, and attach impossibly high levels of expectations by which an individual may feel bounded.

While the above discourse isn't an attack over which parenting style is better or worse. Rather it's an attempt to highlight how small changes in parenting can avert the financial dilemma our parents face. If the kids can fend for themselves, it can relieve the parents from the burden of raising too many kids in a country grappling with high inflation rates.

So motivate your kids to work, be supportive. Encourage them to explore their potential, start their own business or make money off writing or maybe utilize their artistic abilities. Because at the end of the day, everyone should be independent to make their own choices and financial burdens shouldn't be one man's task.