So Long, DTH TV in Pakistan! 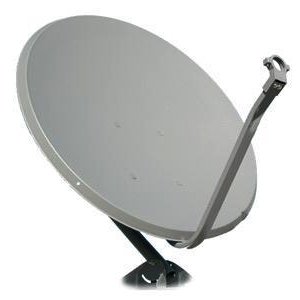 Pakistan Electronic Media Regulatory Authority (PEMRA) has recently announced the reopening of DTH license auction and date for this auction is set as October 3, 2016. This update for DTH TV in Pakistan caught the attention of many enthusiastic TV viewers and investor as a healthy business opportunity across the country. I was also following this debacle for a long time in hope for some quick solution to it. As earlier PEMRA planned for DTH licenses last year but due to red tapes and some political constraints the whole proposed plan was discarded just a weak before the auction.

For me and all other active television viewers it is an important concern to get the best broadcasting service in our homes and watch our favourite channels in high definition. DTH or Direct-To-Home TV since its inception has proved to be a good option for the likes but first, it is important to understand what exactly DTH or Direct-To-Home TV services are and how can we be benefited from them. Direct-broadcast satellite television (DBSTV) also known as Direct-to-home television (DTHTV) is a method of receiving satellite television by means of signals transmitted from direct-broadcast satellites. Signals are transmitted using Ku band and are completely digital which means they have high picture and stereo sound quality. In layman's language DTH is a TV service where you will install a small satellite dish for your TV and signals are directly received on that dish. This is a cable free network and signal quality is very advanced.

So DTH mean crystal clear picture, no more pirated shows, access to American and international channels of your choice whenever you want and never to miss your favourite game. Now, keeping all this in mind the next challenge is to foresee if this delayed auction by PEMRA is going to be a success in Pakistan? Pakistan was probably the first south Asian country to introduce DTH but unfortunately PEMRA has been delaying this technology for a long time. This is more or less same for all other latest technologies be it 3G or 4G cellular initiatives that gets stuck somewhere in the echelons of government policy. In current scenario the viewers in Pakistan has now many options other than DTH. The cable operators are now moving to Digital Cable Networks, upgrading their current technology. According to my own random analysis about 3600 cable operators are already upgraded to digital cable facilities and have been very successful with it. This will give cable subscribers an edge that they can get HD channels at current cheaper rates and with no new installations and not to mention through pirated content.

Similarly the Indian DTH companies e.g. Dish and Sky have already found their way into Pakistani market. Approximately 2017 consumers are already on Indian DTH services and this very service is flourishing continuously. Even though the services of these DTH companies are a little expensive because of Indian currency exchange rate but still consumers are finding it a viable option for entertainment solutions. There is a possibility that with the intervention of a local DTH company the installation charges and monthly subscription changes go down but this has yet to be explored. The list doesn't end here; there are also other options that are already available for the consumers. IP TV and Internet TV both are new and equally good options for the entertainment enthusiasts. Pakistan Telecommunication Company Limited (PTCL) is putting up a sound digital TV network using their SMART Cable technologies - SMART TV is already used across the country and has more than 80 channels with a lot of customizable features and it is indeed getting a reasonable response from viewers.

Coming towards internet TV, we have Apple TV and also Netflix has recently launched its services for Pakistani viewers. To sum it all up, I feel this revised auction plan from PEMRA is already delayed from the market perspective and even now we are still not sure if PEMRA is going to actually conduct the DTH license auction this year or scrap the plan once again like it did last year. Whatever the case is the DTH companies are now going to face a tough competition from all other players in the entertainment and TV consumer base. The more critical will be to have a convincing initial setup cost for an individual consumer to shift from current technology to Direct-To-Home services. This will indeed be a future case to watch hence in my own personal opinion as we speak of DTH services being a profitable business for the investors I don't see no success in it instead it is my firm belief that by the time DTH makes it it will not be a viable and profitable business at all. Keeping in mind that DTH will have to pay 17 percent of their annual revenue in the name of (GST) general sales tax would be going to PEMRA and it includes other PEMRA fees as well.

The reason why I have my conviction in DTH not making a successful business includes the following concerns such as, if we see on global graph is already on the decline rate and facing its downfall with a speed that can't be measured, as I have mentioned this very concern earlier in my article already, also let's not forget that our neighbouring countries have had DTH a long time before we did, though they did make some business out of it but now with the advent of further moderate inventions of cable system that again have been clearly mentioned in my article above, keeping up with global technological pace and an extremely feeble hope to make successful business in Pakistan.