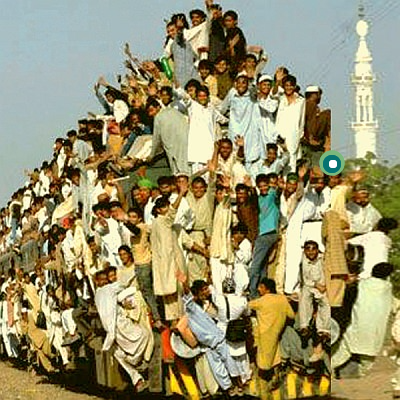 First Key Problem, to my understanding, that Pakistan is currently facing is its exponentially growing population. According to this year’s census, Pakistan inhabits 207 million people. This unchecked population increase is adding to the grave problems like; Lack of Sound infrastructure of Health, Education, Law and order and other social aspects.

Gap between available and required resources needs to be reduced in order to cater this grave problem. For that, swift actions with clear logical approach are required. Population control laws should be introduced and implemented forcefully, if necessary. Example of such approach can be observed in China during recent decades.

Second Key Problem that Pakistan currently faces is its devastated economy. There are many factors which are adding to this problem like energy crisis, lack of planning and unavailability of regulatory laws for the protection of local industry and lack of viable security.

From all these factors, lack of cheap energy for production is the primary one. There is a direct relationship between the cost of production and cost of energy consumed, among other factors like raw material, labour cost and market reach.

Pakistan’s economy can be turned into export oriented economy by investing in cheap energy resources, and planning and implementation of rules and regulations to support local production. For example, instead of providing tax waiver on imports of energy equipment; solar cells etc., local production of solar cells should be encouraged in order to reduce the import bill.

Third Key Problem of Pakistan is unstable security environment which adds to number of problems like decrease in confidence of investors, slow infrastructure development and gap in society resulting in emerging radicalised groups in society.

Briefly, Pakistan’s security issue is the result of vested interests of many foreign and domestic powers in deformation of National ideology by exploiting religious and regional crises. This problem needs to be taken care with investing in National ideology and cutting the foreign interests.