My Argument with a Misogynist Mufti 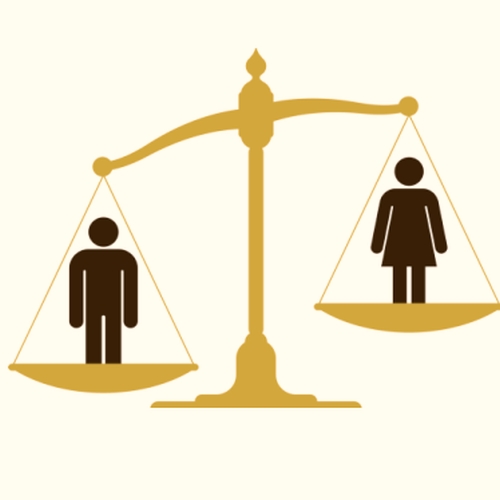 Library and coffee shops are the places, where ideas are learnt, and discussed. But in our society this kind of places can rarely be seen or attended. Although chai-shops are numerous, but they don't have such kind of environment, where one can sit and ponder over the nature of truth.

I was sitting in the library as usual, reading a book about the different Muslim* school of thoughts in the reference room. There was pin drop silence, because 'people' don't often come in such kind of places and consider it a wastage of time. I am referring to our educated lot.

A person entered into the room with a book in his hand. I put cursory glance at him and resumed my studies. After a while, I took my head off the book and the person was looking at me. We exchange smiles. It is a fact that whenever someone is looking (staring) at you, you would reciprocate with the same. Because the energy he is transmitting to you, would force you to look at him. However, after the exchange of ceremonial greetings, he introduced himself as a Mufti. It cultivated my interest in him.

I started to share the information about the life of Imam Abu Hanifa, and tried to elicit his opinion. I must admit, he was an eloquent speaker. The topic switched unconsciously to the status of women in Islam. His alarming statement was ''Despite the fact that Women are NAQIS-UL-AQAL (Faulty intellect), but still Islam bestowed numerous rights and privileges on them''. -_-

I asked him that how women are NAQIS-UL-AQAL. He said that in Quraan there is a clear injunction that one male witness will be considered as equal to two female witnesses. Moreover, in inheritance the daughter will receive half as that of her brother. Therefore, it can be rightly assumed that they are inferior to their male counterparts both physically and mentally. Even science has proven the relatively smaller size and volume of woman's brain.

I requested him that you are an expert of religious science, therefore you should not be offended by whatever i'm going to present to counter your notion. I just want to clear my head of all the scepticism. He approved with a nod.

The size of the brain doesn't approve of the fact that they are incapable of deliberation. Because whales (fish) have brains in kilograms while human have in ounces. Although there is a scientific work going on to determine the relation of the size of the brain to the human intelligence. However, the results are not well established. Even in the male, the sizes of the brain are asymmetric and the same is true for female. Different male has different sizes and volumes of the brain. It would mean (according to your logic) that most of the male are NAQIS-UL-AQAL as well.

Hazrat Aisha (r.a) reported most of the traditions from Prophet (saw). She has taught to 84 male scholars. Does Aisha Naqis-ul-Aqal as well?

Don't go there. He warned me. I agreed to his commands, and excused for my inappropriate example in support of my argument.

The witnesses, you mentioned are only for contracts. The injunction was revealed at the time when women were not involved in the businesses. In Arab society, they were traded just like cattle and herd. Consequently, their social standing and confidence level was at the lowest ebb. Therefore, to give women, their due share in the markets and businesses, it was called upon the Muslim that whenever you make contracts you can also make two women as witnesses which will be equal to one man. The motive behind the two women as a witness were that if a conflict arose, then ultimately the case would be taken to the court and as women didn't have that much exposure they might afraid in the tense environment of a court. Therefore, the two women would support each other.

Moreover, it doesn't apply to eyewitnesses. Whenever a crime (rape, murder or theft) takes place in front of a female or male, the weightage of witnesses is equal.

The third argument you have put forward to support your notion is flawed. However, the inheritance is half for the sister because her brother has to pay Haq Meher (dower), and also the maintenance of a family is his responsibility. The female has no concern with it. She can work and she is not bound to contribute to the financial pool of the house. If she wants to contribute then no one can stop her.

I further elaborated the notion of polygamy. Mufti Sahab! Muslims throughout the world consider polygamy as their privilege and due right. For the justification of it, they frequently quote the particular injunctions of Quraan. However, We are going to contest their chauvinistic interpretation of Quranic injunctions which support their patriarchal social order.

First of all we have to understand the method of Quran to reform the society. For example, slavery had been pervasive in the Arab society. Therefore, gradually it has been curtailed by making such commandments that the Zakat can be used to acquit a slave Or Treating slave on equal footings as that of free men, were all measures to ban the institution of slavery with the passage of time. The same is true for polygamy.

In Arab society, a person used to have many wives. Therefore, Islam constricts it to four. However, when the Aya'th is carefully being observed, then it clearly commands that a person is allowed to have two, three or four wives, if he can do justice among them. But the most important part of the Aya'th has been ignored, which warned the Muslims that 'you can't do justice among them'. Therefore, it implies that try not to practice polygamy.

Men are after virgins. In our society man marry as many as four wives, which happened to be virgins. It is an established norm that divorcees and widows are considered a social pariah in our society. The man doesn't want to tie the knot with widow or divorcee because they don't have the virginity, to satiate his chauvinistic instincts.

It is against the principles of justice to practice polygamy without any reason. Islam is a Deen of moderation. It exhorts to be moderate in all the affairs of life, even in practising the Ibadat (remembrance of Allah). Think for yourself, how could Islam allow the unbridled lusts of men to be satiated through the innocent lives (women).

If Muslims want to practice polygamy, then few reformation must be done in the existing norms through Ijtehad*. The pretexts under which polygamy can be justified is:

If a woman is infertile and can't bear children, then the man may have the excuse to practice polygamy. But there is a check upon it as well. The man can't have a virgin for his second marriage. He must marry either divorcee or widow. However, the couple may also avail the other option of adoption.

After a patient listening, he retorted, you are misguided by the English education. The universities are breeding grounds for anti-Islam propaganda. I would pray for your retrieval to the original path.

Instead of praying you should make me correct through your arguments; i riposted.

I don't want to argue, he replied.

Neither I, I told him, I just want to have a healthy conversation. I want to learn from you.

(I was the foolish one... Because there is an injunction in the Holy Quran, whenever you are encountered by a foolish person then don't argue with him, just tell Assalam O Alaikum)