It's time for Pakistan People's Party to stop being a party of landlords, godfathers and agents 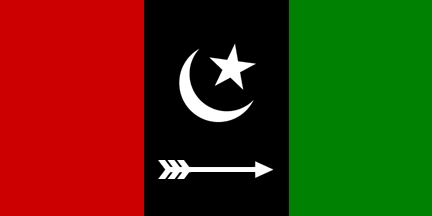 ​I think PPP still has power to change the form and shape of towns in Sindh. Being a largest party, roots in masses and with no opposition forces or parties PPP still lacks the morality, credibility and real support in Sindh.

This is not just a cry but a fact and reality that the town bodies (Town committee/municipalities) who are responsible to run the local governments receive funds of Millions of rupees for their monthly budgets but show zero progress, development and change for better except recruiting fake sanitary workers against real sanitary workers.

Among the top towns hit by massive floods in 2010, Khair Pur Nathan Shah town faced the havoc of floods. It was so devastating that left the city many years back to 1942 when a flood of same magnitude hit the town what it bounced back in 2010.

Let's not talk about the destruction, devastation and harms played by floods, as the inch by inch detail is documented in newspapers and electronic media of that time.

Political Owners of the Town..?

Pakistan People's Party with its Legharies, Butts, Junejas and Mahesars and Jatoi (opponents of PPP ) are the godfathers of this area. People have been choosing them almost in every new election and support them even there's worse performance at all levels (May be having no other option to it and love for Bhuttos, some jobs for workers are reasons of their perpetual support )
Infrastructure? ??

Let's leave hundreds of issues aside. Take one example of main road linking Larkana to Karachi, the main source of transport linking many other towns and villages with this main road got 6 years to completion.(But still it is not completed)

We will not talk here about the surrounding Villages and other towns' terrible condition.

But we will elect Mahesars, Junejas, Butts and Legharis in next election with largest processions and fanfare.

Because they are godfathers and political agents of PPP.